Social Movement Theories: From Class Conflict to Post-Industrial Interpretations - A Search for A Muslim Perspective

Social movements have become an important topic within sociology in modern times. Even though it has not reached a consensus regarding its definition and typology, people define it as a collective action against a particular class to achieve a specific end. It has been articulated through various theories and perspectives. Sometimes, it is also compared with notions such as political parties, interest groups, civil society, and religious organisations. However, it has been presented both as a catalyst for social change and a result of social change and structure. The objective of this paper is to examine various social movement theories, especially concerning its relevance to social movement analysis of Muslim societies. This paper also investigates a Muslim perspective of social movement peculiar with Muslim societies, focussing on the Arab spring particularly the Egyptian case, to understand the scope and relevance of social movement theories in the Muslim world. The content analysis method are used to achieve the objectives. This paper finds that social movement is suitable as an analytical tool, not an empirical category, to understand Muslim societies. However, instead of any theory or paradigm, a multidisciplinary approach is more compatible to be used in the study of the Muslim world. 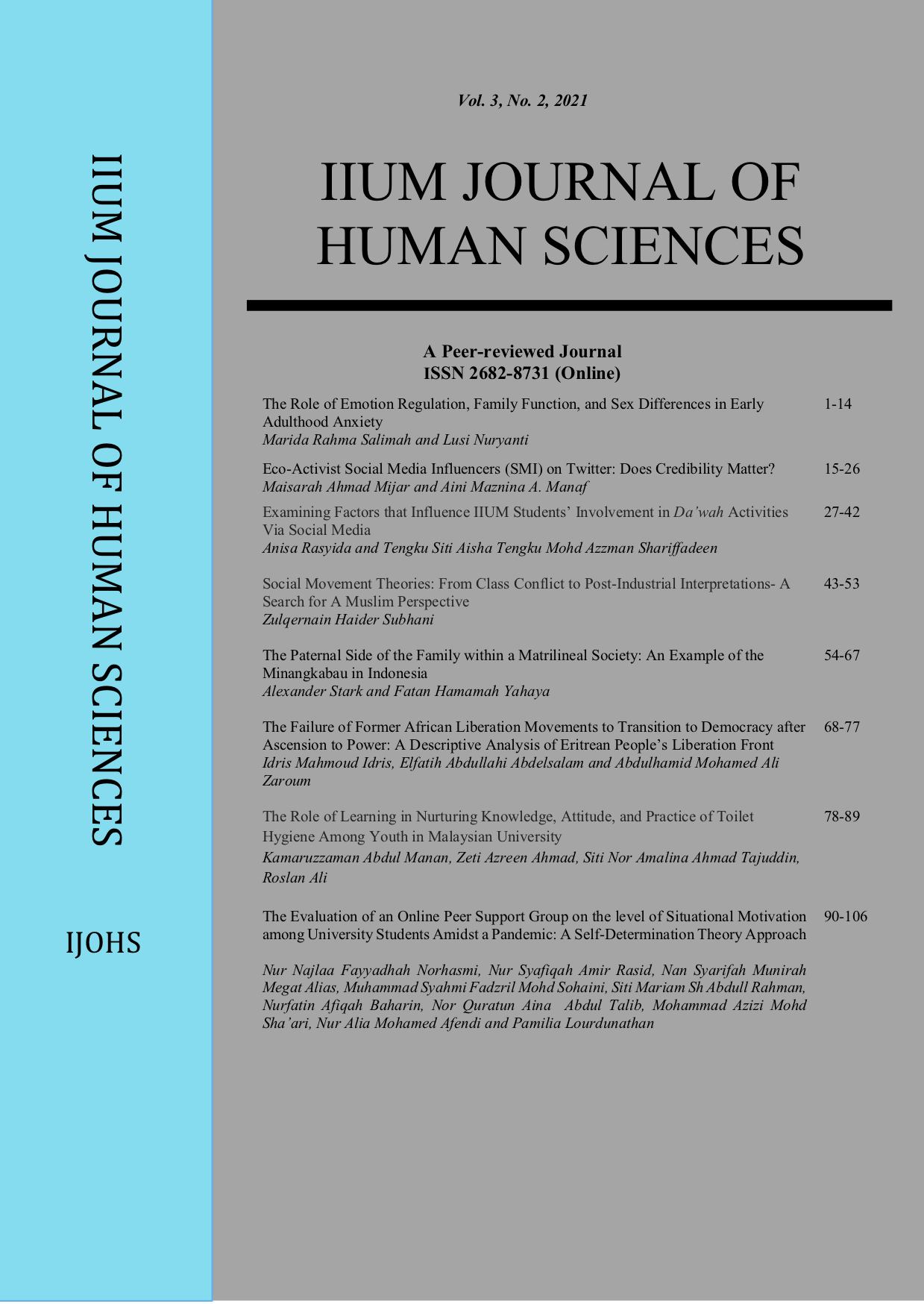 IJOHS at http://journals.iium.edu.my/irkh/index.php/ijohs is licensed under a Creative Commons Attribution 4.0 International License.