EFFECTS OF POLYAMINE IN BREASTMILK ON THE MATURATION OF THE SMALL INTESTINE: A SYSTEMATIC REVIEW

Introduction: Food allergy and food hypersensitivity prevalence may be reduced if infants are breastfed during their early life. Certain components of breastmilk promote the development and maturation of the small intestine and lower the uptake of allergens that may cause an allergic reaction.  Among those, polyamine has also been proposed to have an essential role in the small intestine maturation. However, how polyamine works on the intestine has not yet been established. Therefore, this study aimed to review the effects of polyamine in breastmilk on the maturation of the small intestine. Methods: A systematic review was conducted following the Preferred Reporting Items for Systematic Reviews and Meta-Analyses (PRISMA) guidelines. Studies were identified through five electronic database based on seven keywords and they were included if the following inclusion criteria were met; evaluated the effects of polyamine on the maturation of small intestine, published in English between the year of 1998 and 2020, as well as  involved either animal or human experiments. Results: A total of 1,121 relevant abstracts were screened, and finally four full text articles were evaluated. All the studies showed that polyamine significantly induced the small intestine maturation in rats and piglets. This was characterized by positive morphological changes such as increased intestinal weight, more developed intestinal villus and enzymatic changes, increased maltase and sucrose specific activity (SA) and decreased lactose SA that appeared close to the natural phenomena. It was suggested that 0.4umol/g bodyweight and 463nmol/ml bodyweight of supplementation of polyamine exert maturation in rat and piglet small intestine, respectively. Conclusions: This study provides evidence that polyamine in breastmilk induces the maturation of small intestine proposing its importance in reducing allergy incidence among infants. However, further research is needed on infant small intestine to determine whether polyamine can exert the same effect as in animals. 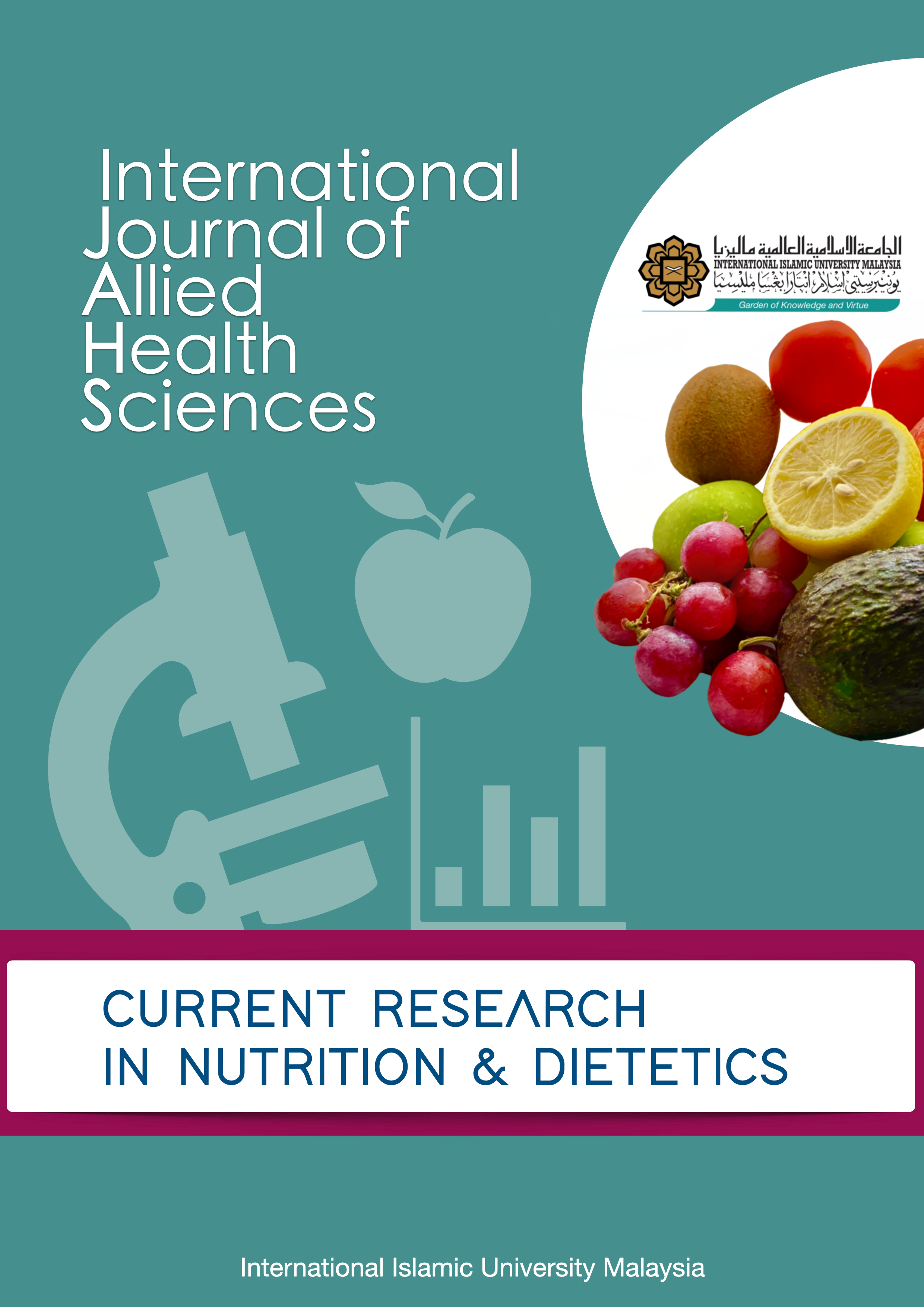 MOHD ABD AZIZ, R. A. ., & MOHD SHUKRI, N. A. . (2020). EFFECTS OF POLYAMINE IN BREASTMILK ON THE MATURATION OF THE SMALL INTESTINE: A SYSTEMATIC REVIEW . INTERNATIONAL JOURNAL OF ALLIED HEALTH SCIENCES, 4(3), 1449–1459. Retrieved from https://journals.iium.edu.my/ijahs/index.php/IJAHS/article/view/503
Download Citation