UNDERSTANDING “THE OTHERS”: BUDDHIST-ISLAMIC DIALOGUE FOR PEACE WITH PARTICULAR REFERENCE TO ‘MODERATION’

In the history of civilization, Islam’s encounter with Buddhism is as old as Islam itself, particularly in the context of the South Asian and Southeast Asian regions where Buddhism exerted enormous influenceon Islam, in particular the “Sūfi Islam” spread by immigrant Sūfi saints of the Arab world. Without doubt the principal teachings ofBuddhism and Islam are almost alike since the moral ideals of love,humility, justice, truth, honesty and sincerity are some of the cardinalcommon values found in both. Deplorably in recent times, South Asiareplete with religious values is embroiled in communal hate crimesand violent atrocities committed by miscreants and extremists of bothcommunities in the region, although Buddhists and Muslims havehad a tradition of living together in peace for thousands of years.While religious community leaders condemn the heinous acts andpolitical stalwarts call for national unity and solidarity, we believe itis now time to search for meaningful ways to promote mutualunderstanding necessary for peaceful coexistence amongst thesedifferent traditions. To this end, the paper examines to what extentIslamic universalism can assimilate Buddhist doctrines andpractices, paving the way for interreligious dialogue for peace. Andin pursuing this our focus is on the most important teachings sharedby these traditions - Majjhima Patipada in Buddhism andal-Wasatiyyah in Islam commonly known as the “principle ofmoderation” - drawing on some fundamental commonalities betweenBuddhism and Islam. 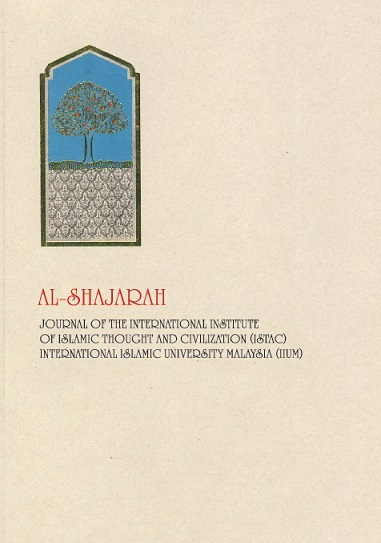 Golam Dastagir, and Mohammad Ismath Ramzy. 2019. “UNDERSTANDING ‘THE OTHERS’: BUDDHIST-ISLAMIC DIALOGUE FOR PEACE WITH PARTICULAR REFERENCE TO ‘MODERATION’”. Al-Shajarah: Journal of the International Institute of Islamic Thought and Civilization (ISTAC) 24 (1), 25-47. https://journals.iium.edu.my/shajarah/index.php/shaj/article/view/852.
Download Citation